When nausea and vomiting occur, it is an indication that you may be suffering from any of a number of physical conditions, such as morning sickness, gastrointestinal disorders, food poisoning, migraines, infection, motion sickness, kidney problems or more serious medical issues. Nausea symptoms involve a “queasiness” in the stomach and abdominal cramps, often followed by the need to vomit. If you come down with a sudden case of nausea and vomiting, there are alternative remedies that may be able to help you.

Drink a cup of ginger tea, as it helps to settle your stomach and ease nausea. Ginger comes from underground rhizome or stem of the Zingiber officinale plant and it has typically been used in Arabic and Asian culture for both cooking and for its medicinal properties. If you are on a blood thinner, speak with your doctor before using ginger, as it might possibly interfere with the blood clotting ability of these prescription medications.

Use peppermint essential oil, by sucking on a sugar cube to which one drop of the oil has been added. Be certain not to exceed the amount, to ensure that you do not consume toxic levels of peppermint oil. If you are concerned about taking peppermint oil, then just try breathing it in to stop nausea and vomiting.

Take skullcap tincture to reduce nausea and vomiting, when a viral infection is at work. Skullcap, which comes from a blue-flowered plant that is commonly grown in North America, has a calming effect on the stomach. Take the tincture as directed by the individual product you are using. Make sure that it comes from a reputable source, to avoid the risk of liver damage. Do not take skullcap if you are pregnant or breastfeeding. If you are being treated for a serious illness or are on prescription drugs, check with your doctor before you take skullcap.

Sip cranberry juice when you have nausea and vomiting. It doesn’t aggravate your digestive tract and is soothing to the stomach. Cranberries come from a shrub that was first used by Native Americans in North America and has been used for food and as a source of healing. Cranberry juice poses no known problems for pregnant or breastfeeding women. If you are taking warfarin, use caution when drinking cranberry juice. Find a product that is 100% juice and does not contain sugar.

Get a cup of hot water and add a teaspoon of ground cinnamon to it. You will need to strain it, to prevent the mixture from being too “gritty,” and then drink it slowly to help ease your stomach discomfort and stave off vomiting. Cinnamon comes from the bark of a tree that is native to areas of Asia, the Caribbean, Brazil and other parts of the world where there is a tropical climate. Taken in small amounts, cinnamon is usually quite safe. If, however, you are pregnant, breastfeeding, have ulcers or have an allergy to cinnamon, do not take it. 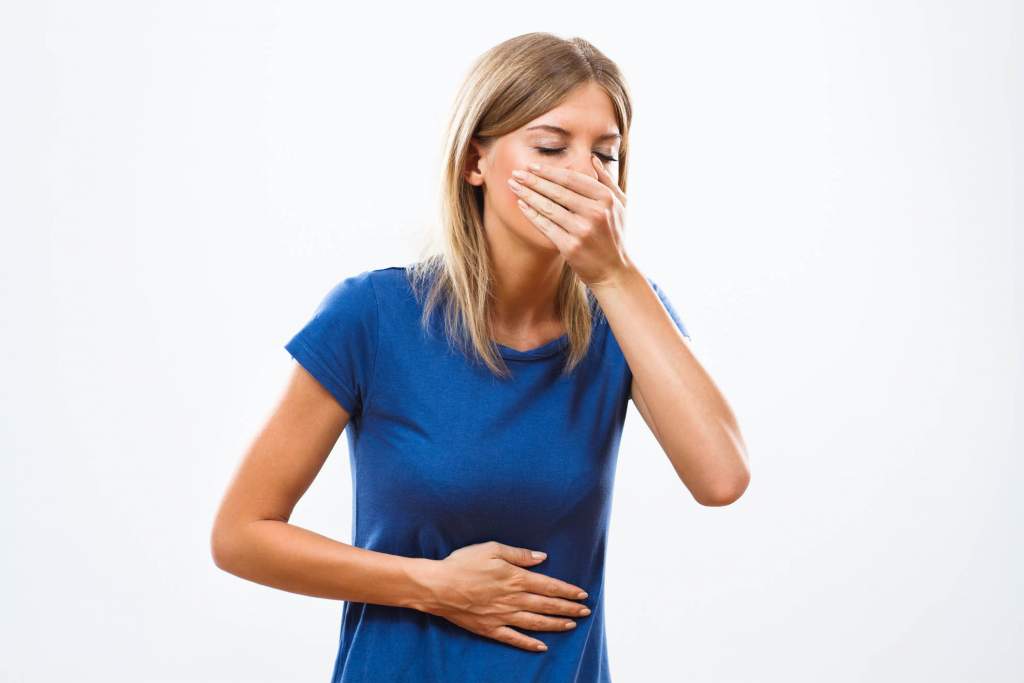