Blood pressure is the measure of the force of blood against the walls of your arteries. It is measured in two forces. The first is the force the heart creates as blood is pumped into the arteries and on through the circulatory system. The second measures the arteries’ force as they resist the flow of blood, or when the heart is at rest. Blood pressure is expressed as two numbers. The force of the heart beating represents the systolic pressure, or the top number. The bottom number, or diastolic pressure, is when the heart is at rest.

Taking a person’s blood pressure is a simple and painless procedure that takes just a minute or two with a device called a sphygmomanometer. To take it, a cuff is placed on the upper arm. Attached to the cuff are a pressure gauge and a bulb attached to rubber tubing. A doctor or other health care professional places a stethoscope on the brachial artery at the elbow and inflates the cuff by pumping the bulb. Once the cuff is completely inflated to the point that the brachial artery collapses, the air is slowly released. The health care professional will listen for the sounds of blood flowing through the brachial artery. The reading on the pressure gauge when the sounds are heard indicates the systolic pressure. The diastolic pressure reading is noted as the reading between two successive heartbeats.

Blood pressure readings are measured in millimeters of mercury, which is expressed as mmHg. To correctly express a normal blood pressure of 120 systolic over 80 diastolic, it would be written as 120 mmHg/80 mmHg.

Hypotension, or low blood pressure, is much less common than hypertension, but it also often is accompanied by no symptoms. Some people, though, may experience dizziness or fainting, especially after standing, as a sign of low blood pressure. In many people, low blood pressure does not require treatment. However, some doctors may recommend that patients take steps to try and increase blood pressure, such as eating a diet with more salt and drinking more water. In some cases, a doctor may prescribe medications to help raise blood pressure. 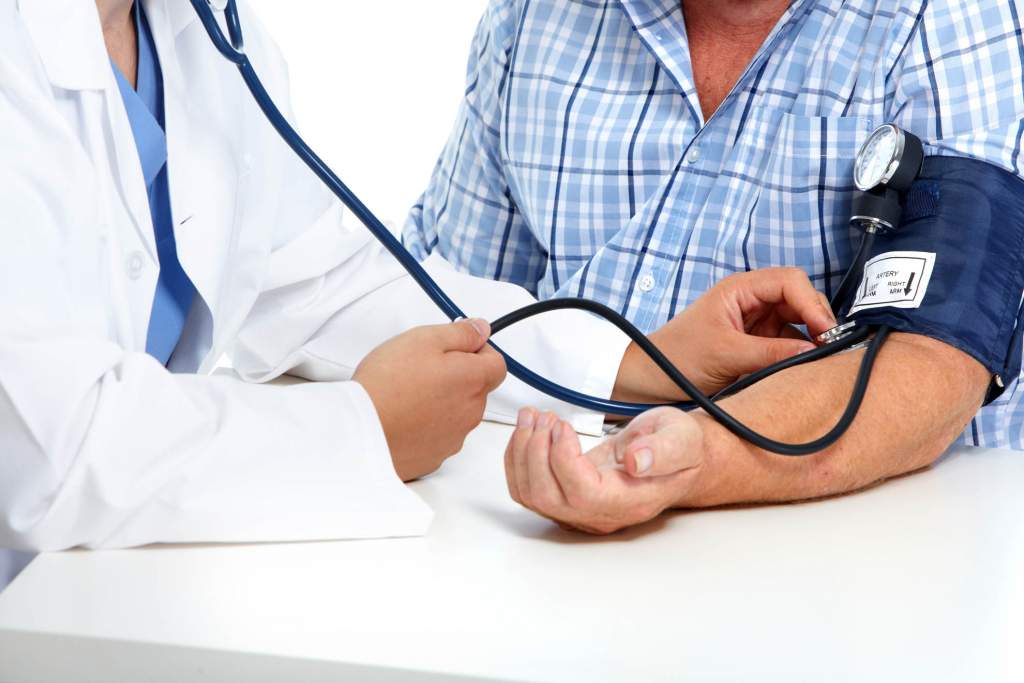