How to Identify Thrush

Thrush is a fungal infection that occurs in the mouth. Most commonly found in newborns and infants, it affects the gums, tongue, cheeks, lips, and the roof of the mouth. The fungus is caused by Candida Albicans, a fungus that occurs naturally in the mouth in small amounts, but sometimes it multiplies beyond normal ranges. Newborns may acquire thrush during the birth process, but older people may develop thrush as they age and natural resistance lowers. Learning to identify symptoms of thrush helps to curtail development and spread. Good oral hygiene is one method of reducing risks. If not treated, children often develop additional conditions that include dehydration, fever and lethargy.

Explore the appearance of the inside of the mouth. Discovering the appearance of white-yellow patches in the mouth cavity are one of the first signs of thrush. These patches are slightly raised and look like small bits of cottage cheese or milk curds.

Watch for signs of discomfort or pain in small children or infants. Such symptoms may clue parents or care providers in to actually checking the inside of the mouth and looking for signs of thrush. Often, infants will try to touch their mouth.

Pay attention to signs of a child rubbing at his or her mouth. White patches caused by thrush often cause open sores that are found inside the mouth, and they are also found on the lips. These open sores are prone to infection and seeping.

Listen to children who complain of being thirsty. Dry mouth is one of the more common symptoms of thrush described by both children and adults.

Watch for expressions or gestures of irritation when feeding infants or newborns who have thrush. Such symptoms may be apparent if he or she is suffering from thrush. The mouth is sensitive, especially if sores develop. The infant commonly has trouble feeding, and becomes cranky and cries for no apparent reason. 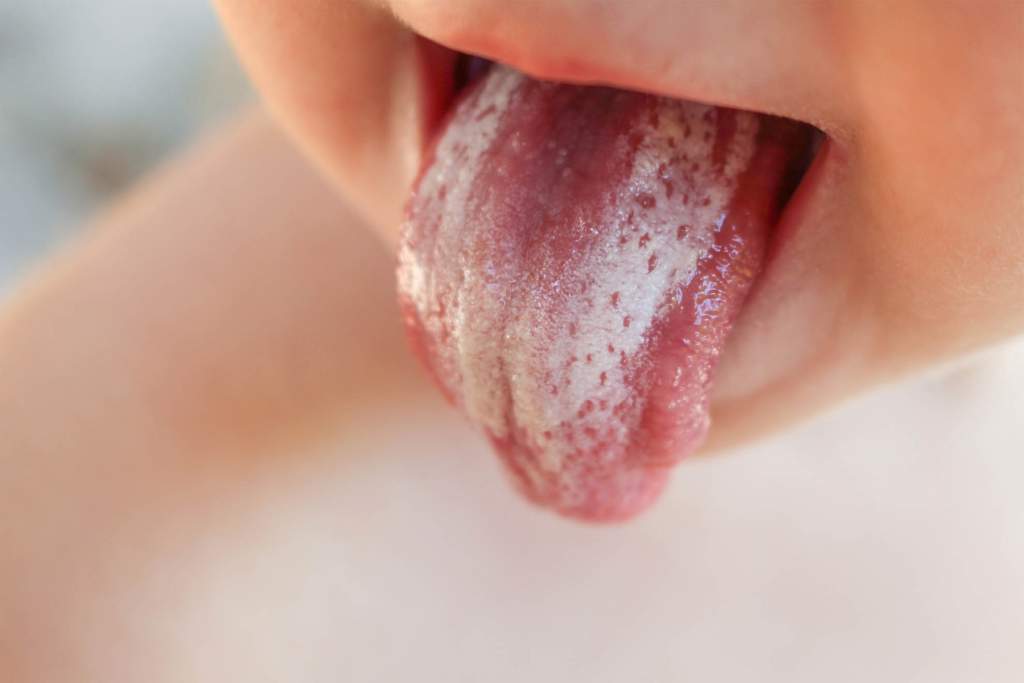