Will I Have Nasal Congestion With the Flu?

Recognizing the symptoms of influenza can help an individual begin a course of treatment sooner, leading to less recovery time. It is important to realize that symptoms, including nasal congestion, can vary with each individual, and a doctor’s treatment should be sought if necessary.

Nasal Congestion and Other Symptoms of the Flu

The first step in treating an illness is verifying its symptoms. According to the Centers for Disease Control, flu-like symptoms can vary in each individual, but there are standard signs that can be recognized. A high fever is almost always present with the flu, and sometimes the ill person may experience headaches, fatigue, dry cough and a sore throat. A runny or stuffy nose, or nasal congestion, can accompany flu symptoms as well. Body aches are often, but not always, reported with symptoms of the flu. The CDC recognizes that stomach concerns, such as nausea, vomiting or diarrhea can also be present with symptoms of the flu, but that these signs tend to be more common in children rather than adults.

Complications of the Flu

Although the above symptoms are not always dangerous with the flu, the CDC warns that complications can arise from the flu with certain people. Continuing fever or nasal congestion with the flu can be one sign of a more severe complication, including sinus infections, pneumonia, bronchitis, ear infections or severe asthma attacks. The CDC estimates that approximately 36,000 people in the United States die each year due to seasonal flu complications.

These symptoms are not always inclusive of influenza. According to the CDC, other respiratory illnesses can produce the same flu-like symptoms described above. Also, certain symptoms of the flu, such as sore throat and nasal congestion, are the same symptoms that are present with a cold. The flu can be diagnosed by under a doctor’s care to ensure proper treatment.

Treatment of the Nasal Congestion and the Flu

Most people who are suffering from the flu can recover with plenty of rest, over-the counter pain killers, and extra fluids. Cold-like symptoms, such as sore throat and nasal congestion, can be alleviated with over-the-counter cold medications. The CDC advises continuing treatment until the fever has been gone for more than 24 hours without the aid of over-the-counter medicine. Contact with other people should be limited and preferably avoided since influenza is highly contagious.

Any person who shows severe complication symptoms should seek emergency care immediately. Those who belong in a higher risk group, such as pregnant women, people with chronic health conditions, or those over the age of 65 are all urged to seek treatment for flu-like symptoms from a physician. Certain anti-viral drugs, such as Tamiflu or Relenza, or other forms of treatment may be recommended by a doctor. 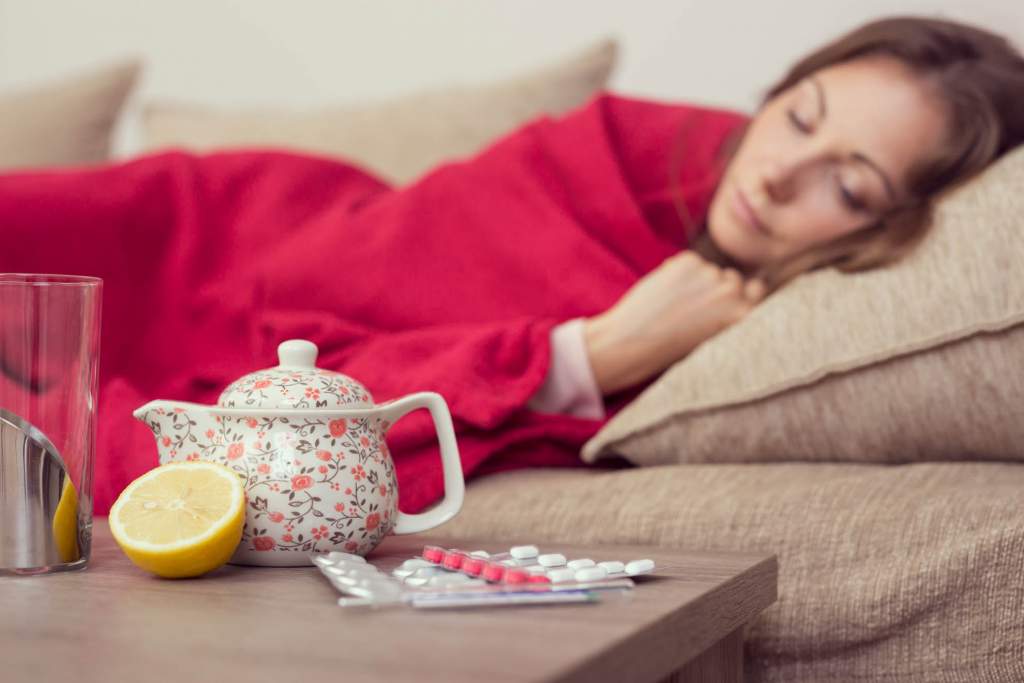