Natural Treatments for Constipation in Infants

Infants Younger than 6 Months of age

Signs of long-term or chronic infant constipation may include dry, pebble-like stools and straining and grimacing during bowel movements. Infant constipation often starts with the transition from bottle or breast feeding to solid foods but switching from breast milk to formula or from one type of formula to another may also cause constipation. If the infant diet has recently changed and suddenly caused constipation, this may be a sign that the new diet is not working for the infant. Soy-based formulas can be more constipating than milk-based formulas but any dietary change may trigger the onset of constipation.

If the infant is younger than 6 months, he should be on an all breast milk or all formula diet. Giving him a few ounces of warm water or fruit juice in a bottle, instead of a feeding may produce a bowel movement. This small elimination of formula or milk for a few hours may stimulate the bowel to move. This should only be done occasionally for infants younger than 6 months.

Infants Older than 6 Months of Age

One common cause of constipation in infants older than 6 months is inadequate fluid intake. Switching from formula or breast milk to solid food will sometimes mean that the infant is not getting enough fluid. It may take some time for the infant’s digestive system to adjust to solid food. Increasing the amount of water or formula added to the infant’s cereal mix may decrease the chance of constipation. Offering additional water or fruit juice between feedings will provide additional fluid and cutting back slightly on the amount of solid food per feeding may also help.

For older babies, increasing the fiber in the infant’s diet may help for babies who are eating some solid food. Many infants are initially started on rice cereal. Rice cereal has a low fiber content but barley and oat cereals have more fiber. Switching to barley or oat cereal may help to loosen the infant bowel movements. Adding more fruit and vegetable purees to the cereal may also help. For infants who are well established on solid food, finely ground psyllium husks may be sprinkled on baby food. Additional water should be added to the food and the infant should be encouraged to drink more water or juice compensate for increased fiber in the diet.

Most infant cereals are fortified with iron, which can be constipating. Though iron is necessary in the infant diet, using non fortified cereal for several weeks may help solve the problem until the infant is adjusted to the new diet. One teaspoon of flaxseed oil added to formula or cereal daily may help promote regular bowel movements by lubricating the digestive tract. Flaxseed oil is also rich in omega-3 fatty acids important for the development of the baby’s brain.

Straining and crying during bowel movement or blood on the stool may be signs of acute infant constipation and require immediate attention. Glycerin is a naturally occurring substance that is formulated into suppositories or available as mini enema for infants. It is inserted rectally and stimulates a bowel movement by irritating the lining of the gastrointestinal tract, most often within half an hour. Rectal insertion is very uncomfortable for the infant and will likely cause him to cry when the suppository is inserted but it is very effective in extreme cases. After insertion, the suppository may be ejected immediately and may need to be reinserted for it to be effective. 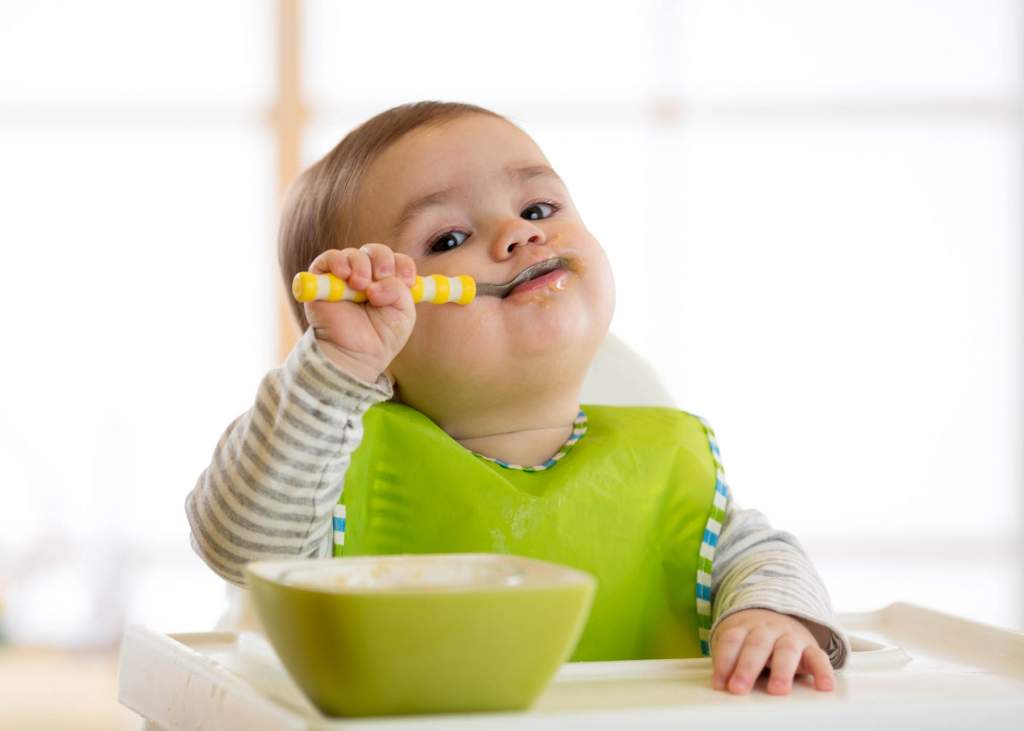